I am officially diagnosed and don’t know what to do. I still barely understand what Ulcerative Colitis is. My understanding at the time was that Ulcerative Colitis is a disease that causes mild to severe inflammation in the large intestine (colon) that wreaks havoc upon your digestive system. Once the doctor explained it to me for the seventh time, he then dropped the bomb on me.

He said to me with a regrettable sigh:

“This disease is incurable…and we don’t know what causes it. Also, you’ll have to be on medication the rest of your life.”

In shock, frustrated, and angry I just stared at the ground. How could we not cure this? With all of our advancements in medical technology and health practices, how could we not have figured this one out yet? I was furious.

Until he said: “However, it is treatable.”

That was my saving grace. My glimmer of hope. The silver lining. Knowing that something can actually be done about it changed my mood instantly. 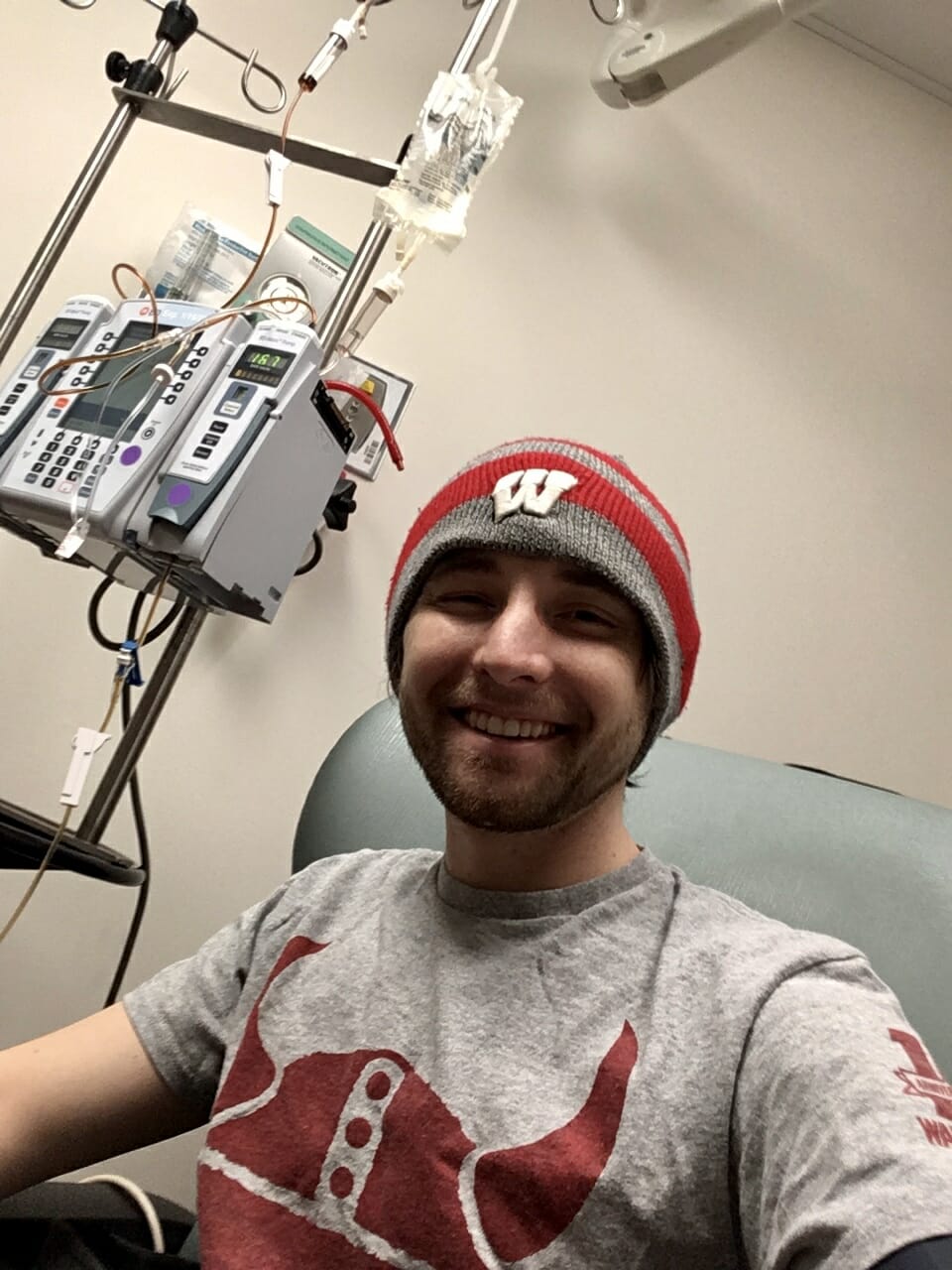 The first step was to stop the inflammation by pumping my body with DA JUUUIIICEE. I was prescribed large doses of Prednisone until my symptoms subsided. After weaning off of the steroids, I was put on a treatment plan that involved me taking 3 giant pills of Sulfasalazine at every meal and hope that does the trick. After slamming 9 pills a day down the hatch, I slowly began to realize that the hardest pill to swallow was the fact that nothing was getting better. So, after pleading with my doctor that it was not working, I was taught about biologic treatments.

Basically, biologic treatments are medicines that are deployed directly into the bloodstream. So that meant NEEDLES!

A few weeks later I was hooked up to an IV as Remicade – my first biologic medicine – began to flow directly into my veins. I had to resist the urge to exclaim “MOOOORRREE VENOM!” (Injustice: Gods Among Us 2013) to the nurses when they hooked me up with the IV. I giggled to myself because I’m hilarious sometimes.

Suped up on my first bi-monthly dose of Remicade and stack of Sulfasalazine pills, I was ready for my first year of college to begin! 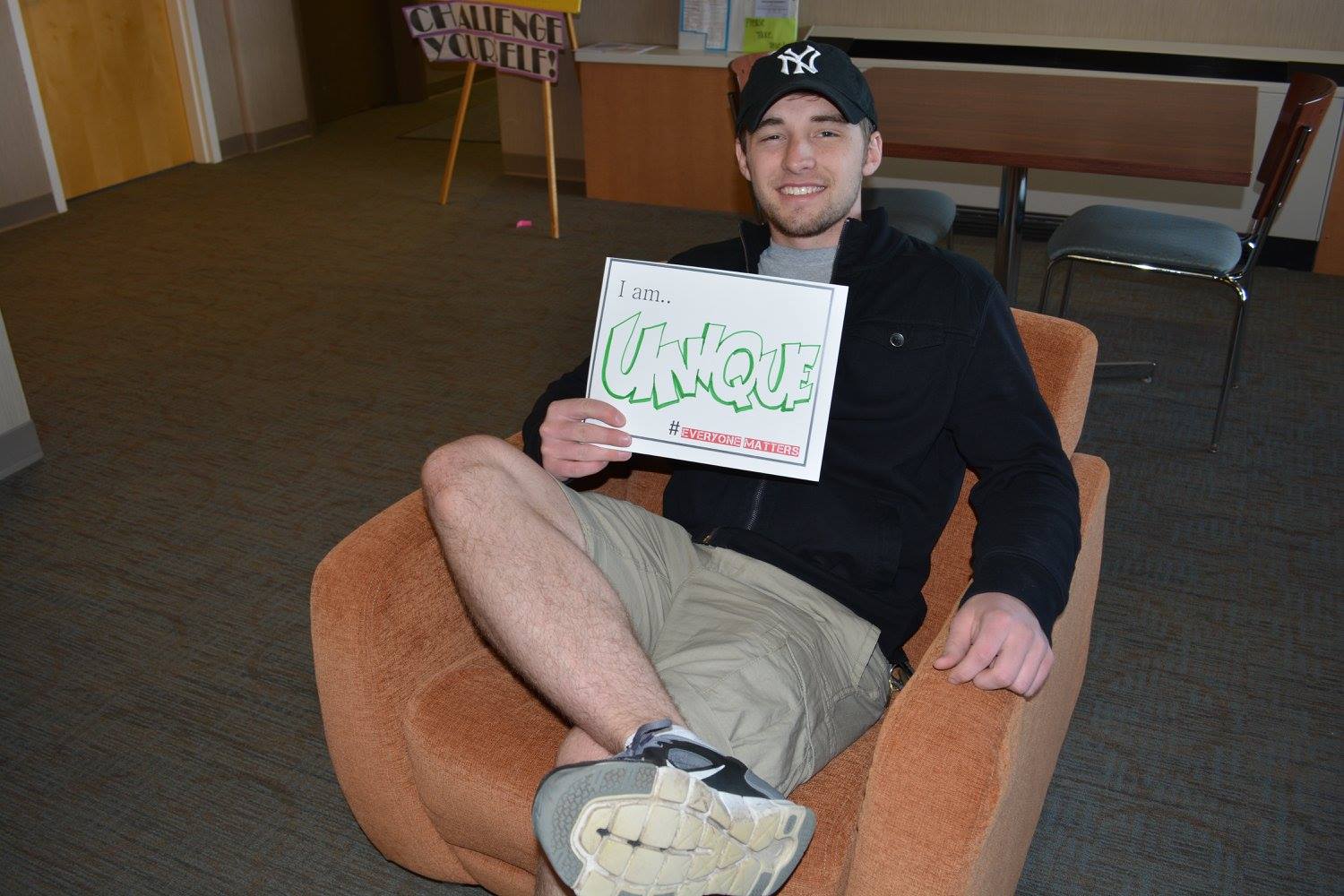 No college experience is complete without a few wild adventures and painful memories. While my college life was almost always filled with wonder and laughter, there was never a shortage of new things to experience.

From new foods and people to new classes and relationships, college is the place to try something new. To start over. Or to grow and learn.

A few months into classes, things seemed great! I could eat until I slipped into a food coma, I could stay up all night, I could play Super Smash Bros. instead of reading my texts books. All the while my symptoms were seemingly gone. It felt spectacular.

I was getting involved with campus activites, making new friends, and learning how to truly manage my time as a college student who always seemed to have too much on his plate.

Until one day, walking back from the cafeteria with some friends, I found myself feeling very uncomfortable. It felt like my insides were on fire and every step I took seemed to make it worse. There was a burning sensation in my gut that I had not really felt before. I didn’t know what to do. My friends didn’t know what to do. The wave of fire eventually subsided enough for me to get back to the dorm and we all laughed it off blaming the jumbo burrito I ate for dinner.

I would come to learn that this was my first, identifiable flare up after being diagnosed.

It sucked, man. Thank the LAWD above that my room was literally 5 steps from the communal bathroom because I practically was moved into the handicap stall for a few days. I wasn’t sleeping well, I was losing my legendary appetite, and bleedin’ from m’bum. It was the worst.

After a week or so, the flare-up passed and felt like I was back on top. My family and I had taken a few trips over the school year and everything was fine. Nothing out of the ordinary extra couple of poops per day. However, everyone was concerned because I felt these cramps in my gut were becoming more frequent – even in a 3 hour class, Yikes!

A hop, skip, and a camera-up-m’butthole away and my next colonoscopy confirmed it. Something was terribly wrong and my meds were not enough. My doctor summed it up short and sweet by saying:

“It looks like a grenade went off in your colon.”

Thanks for the encouraging words, bro.

As the school years progressed, so did my symptoms. It was like I was feeding a demon inside me and I was not in control – Yes, just like Bella in Breaking Dawn. Powerless and defeated, it seemed like there was not much I could do.

The more colonoscopies I got, the more things seemed to get worse. At this point, colonoscopies were less of a ‘dramatic procedure’ and more of a routine. I actually looked forward to them for the sole reason that I would get anesthesia and have a restful nap for once. 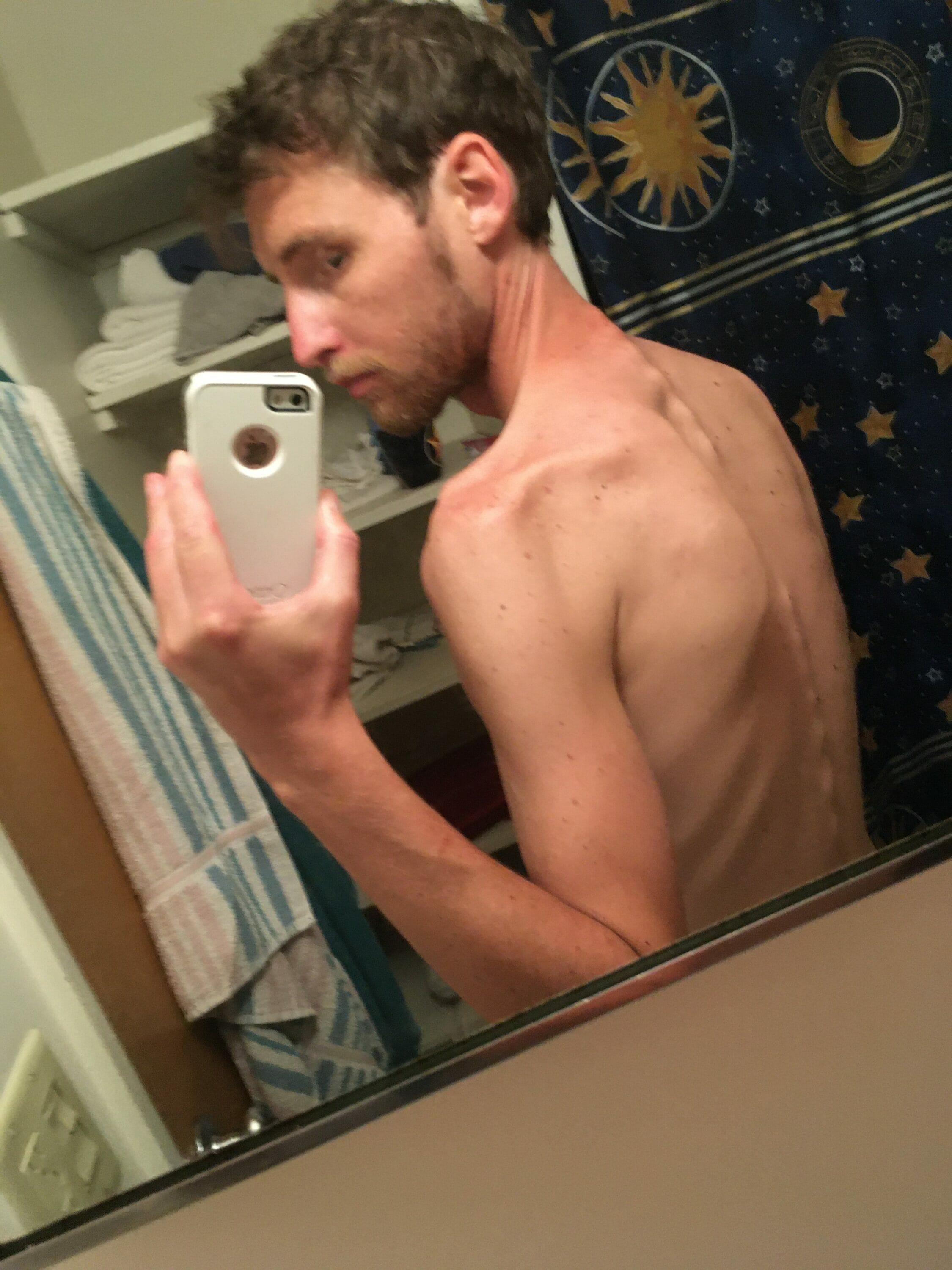 Now, in my final days of college, I was at my peak weight of 171 lbs and looking swole as ever. The kind of physique where I would look in the mirror every morning and kiss my biceps while looking at a motivational poster of Lord Arnold Schwarzenegger – just kidding. But, I was at my healthiest weight and that felt great!

I graduated from college and moved back home to sleep for approximately 100 years – or so it felt. I then took a job as a bartender and waiter working nights and weekends for whatever cash I could make. One night, coming home late from the restaurant, I stopped at Taco Bell for my celebratory Gordita Crunch like I did every Friday. That night I felt so sick I was puking and pooping at the same time with no control.

Food poisoning and another flare-up just punched me in the face. I began to lose weight at an alarming weight because nothing was staying down and consequently came out both ends. Any food that actually did stay down wasn’t absorbed properly and I was getting more and more irratable.

By the end of this little episode, I had lost about 30 pounds and was completely The next few days were spent in bed, sweating off the fever and sitting on the toilet. Days turned into weeks and before long 3 months had passed. I was down to a whopping 131 lbs. For a guy that didn’t have much mass to him to begin with, a 40 lb. decrease made me feel like Gollum from Lord Of The Rings. With the weight loss came the blood loss.

I was losing so much blood in the toilet and puking up so much of my food that I needed my first ever blood transfusion. Feeling lousy and uncomfortable, my amazing nurses assured me that by the time I was done, I would feel ‘like a million bucks!’ Sounded promising to me.

Soon, I needed multiple transfusions every couple of weeks just to maintain the blood levels in my body. Weak and distraught I even hated the idea of walking up stairs because I knew how fatigued I would feel at the top.

Seeing the look on my loved one’s faces as my skin color turned white, my breathing became heavier, and my smiles lessened struck me down harder than ever before.

This was my bottom.

This was my defeat.

This was seemingly the beginning of a hopeless future.

This is also where I made a choice.

A choice to do something about it: for them, for myself, and for my future.

A choice to conquer.

A choice to survive.

A choice to live.

*Bonus Quote* from LOTR because I’m a nerd like that:

“Hold your ground, hold your ground! Sons of Gondor, of Rohan, my brothers! I see in your eyes the same fear that would take the heart of me. A day may come when the courage of men fails, when we forsake our friends and break all bonds of fellowship, but it is not this day. An hour of wolves and shattered shields, when the age of men comes crashing down! But it is not this day! This day we fight! By all that you hold dear on this good Earth, I bid you stand, Men of the West!”